Here we present some top models out in Nepal:

Niti Shah is a Nepali model. She was declared the most popular face of EnVogue and first runner-up title in Face’s House of Fashion 2013. The young model has been the face of TEENZ, VOW, Naari, Navyaata,and many other fashion magazines. She has also walked in the runway for fashion shows, including TGIF Nepal Fashion Week.

Currently, she is busy in Miss Nepal. Many youths have the crush on her.

Prakriti Shrestha is a Nepali actress and a model. She rose to fame after her debut as a model in music video Ko hola tyo by Sunil Giri. She debuted as an actress in Nepalese Film industry with HOSTEL. See her photos which might make you fall in love with her.

Priyanka Karki is a Nepalese actress, former Miss Teen Nepal, VJ, singer, choreographer, a model, and a dancer. Right after winning Miss Teen Nepal 2005, she appeared on the cover of Wave Magazine. She has also appeared on the covers of Nari, Vivacity Magazine, ECS Living, Folio, WOW, Healthy living and Yuwa Manch. She has also been featured in the center page blow up of Kantipur Saptahik and also numerous features on the weekly newsletter Friday by ECS. She has been the crush for many teens in Nepal.

Alisha Rai is a Nepalese actress,  item dance, and model. She came in popularity right after she played for Thamel Bazar, item song for a sequel of blockbuster movie LOOT- LOOT2. Her photos clicked on Shivaratri right during loot2 release time are watched with due importance. Loot 2 girl earned many fans and followers after LOOT2.

Shristi Shrestha is a Nepali actress, model and beauty pageant titleholder, who was the winner of Miss Nepal 2012.  Shrestha won the coveted title, beating 16 other contestants. She represented NEPAL in MISS WORLD 2012 which was held on August 18, 2012, in China. She also played for few Indian songs. 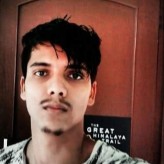 What is Belauti Kanda? (Hilarious Reaction)